﻿﻿﻿﻿﻿﻿﻿﻿﻿﻿﻿﻿
One of the highlights of my stay in Aurangabad was the novice ordination of my long time friend Dr. J.S. Sardar. I had met him in Aurangabad in 1974 when I was still a lay person. He was a student at the Milind College of Science. He was a Ambedkar Buddhist. That was the first time I had heard about the new Ambedkar Buddhist movement. Over all these years we have kept in contact. He had a wish to odain as a monk since he was young but the conditions were never right. Now, being a recently retired Professor of Chemistry, the time became right. He had been one of my main translators when teaching in Maharashtra. He wished to have his Pabbaja ordination under me. We held the ordination under the big Bodhi Tree on the campus of the Milind College. I gave him th name of, Ananda. 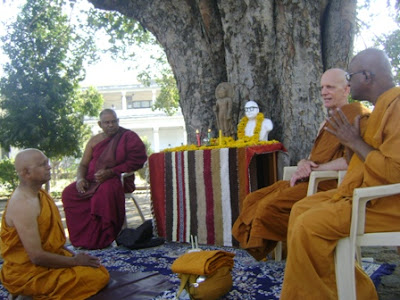 I conducted a ten day retreat at the Buddha Caves Vihar at the foot of the Aurangabad Caves. About sixty people attended the whole retreat and others came to hear the Dhamma talks. During the retreat we climbed up the long staircase to the ancient caves to meditate and do some yoga. 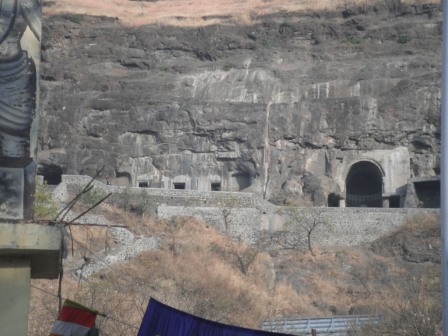 Posted by bhanterahula at 1:44 AM