Back in the USA-Retreat at Bhavana Society Forest Monastery

Hi friends,
After spending the summer vassa at the Buddhistisches Haus in Berlin, Frohnau I am now back in North America.
Starting October 6th I stayed for five days in Tallahassee, Florida with an old friend, Douglas Durham. While there I visited a small Buddhist group at the NWFRC, a prison facility near Chipley. I also gave a talk and meditation evening at the Tallahassee Buddhist group which was well attended.
Then I flew up to Washington D.C. and stayed at the Washington Buddhist Vihara on 16th St. NW. Ven. Dhammasiri and the other monks kindly welcomed me there.
I attended and delivered the keynote talk at a Buddhist Symposium held at George Washington University on Oct. 15th. On the 16th evening a talk was given to a meditation group at the Willow Street Yoga Center . A group of six meditators had wished to formally take the Eight Lifetime Precepts. So a talk on the Buddhist meaning of evolution (group and individual), the Path of Regular steps and the Three Refuges was appropriate.
On Monday October 17th I went out to spend two weeks at the Bhavana Society Forest Monaster in West Virginia. It felt good to be back there after one and a half years. The weather was was wonderful with the fall colors at their peak. I was able to meet and speak with Bhante H. Gunaratana and the two other bhikkhus and several lay residents living there
On October 23rd Bhante Dhammaratana and I were driven back to Washington where I attended and gave a talk at the Kathina ceremony at the Washington Buddhist Vihara.

On Monday evening, October 24th the one week Vipassaa with Yoga retreat at the Bhavana Society began. 25 persons attended.  During the first four days the weather remained quite beautiful. Then literally overnight the weather changed dramatically to clearly illustrate Anicca and Anatta (impermanence and no-self). Seven inches of heavy wet snow fell during the night and into the next day turning the technicolor fall into a white winter wonderland.
The additional heavy weight of the snow on the tree branches caused many large and smaller branches to come crashing down all throughout the forest. Luckily all the kutis and other buildings escaped being damaged, and no people were hit by the falling debris. However, a few forest trails to the kutis were blocked by big brances. The retreatants happily pitched in to do mindful snow shovelling and branch removal.

The following photos give a vivid show of the before and after. 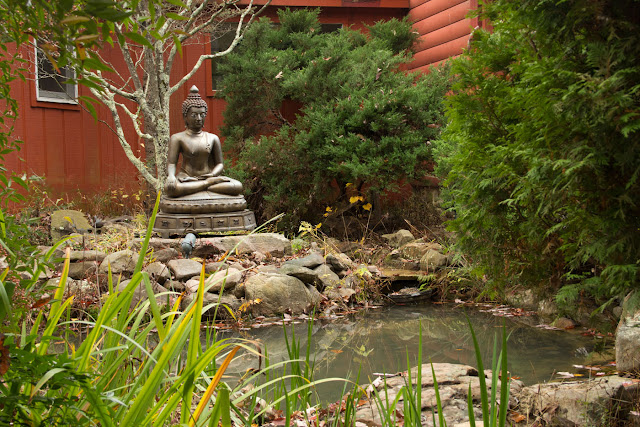 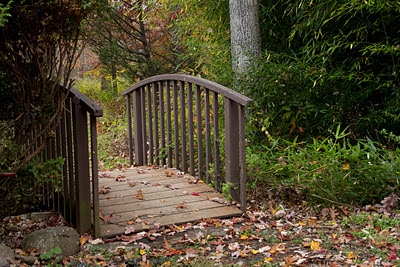 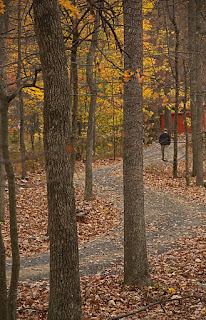 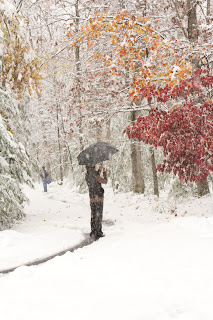 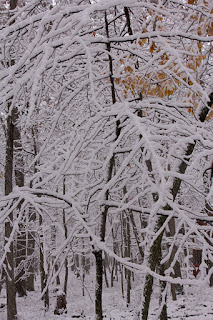 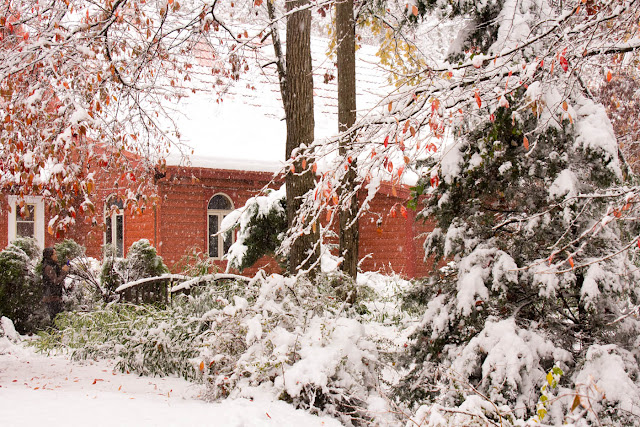 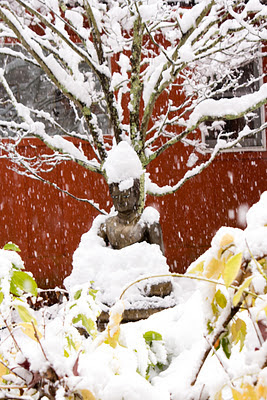 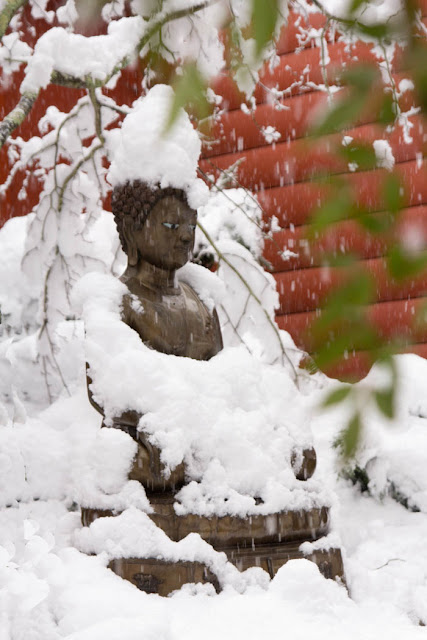 On November 1st I flew to Ottawa where I am staying two weeks. The main events are a one week retreat for the Ottawa Buddhist Association and two additional one day meditation sessions at other venues.
Eventhough I do not have any permanent residence now people still ask me where I am living. The response is,  HERE AND NOW.
Please consult the Travel page for my future itinerary.
Remember: Mindfulness a Day Keeps Dukkha Away
May all Beings well, Peaceful and Wise
Posted by bhanterahula at 8:19 AM