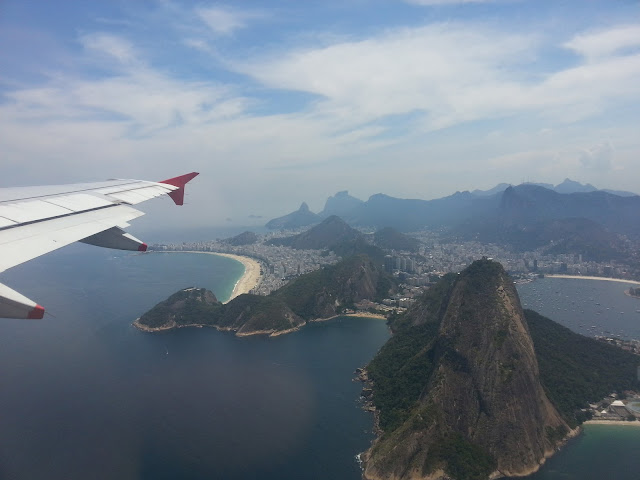 
Hi friends,
It has been awhile since my last post with the Buddhamas Carol, so I thought I would update.
I Flew from California to Rio de Janeiro on Feburary 16th. A sad thing happened at the Rio Buddha Vihara a few weeks before I arrived. The visiting monk and three members were robbed by a gang of three armed robbers. Since then by decision the Board of directors the Vihara was closed for any residential or functional usage. Ven. Mudito, the Brasillian bhikkhu who had been staying there for awhile, had henceforth gone to stay in Sao Paulo. Therefore I could not stay at the Vihara during my one week stay in Rio. Instead, I was put up in a hotel in the Flamengo beach area which was nice on that account. The Buddhist group nonetheless arrangd a couple of puja/meditation and talk programs in another location.
During my week in Rio a SriLanka/Canadian couple, Nissanka and Hemanta also visited and stayed in the apartment of Fabiana Gomes nearby. Fabiana arranged several sightseeing excursions to the main attractions of Rio and well as some meditation sessions on the beach. So, all in all in wasn`t a bad visit to Rio. 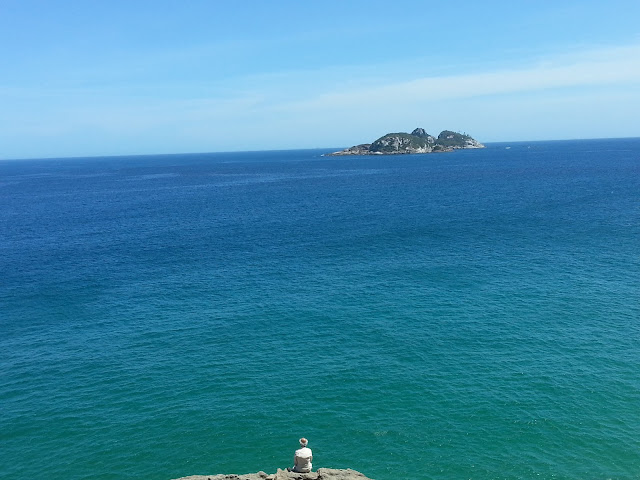 Nissanaka taking it all in


From Rio I few to Sao Paulo where I lead the annual nine day Carnival Retreat for the Casa De Dharma group. About 55 people attended that retreat which was held at a Catholic retreat center in Vinhedo, an hour drive outside of the Sao Paulo Megalopolis. After that retreat I spent a few days in Sao Paulo at the Casa de Dharma city center. Following  that I travelled five hours by bus to the small city of Sao Lourenco in the hilly/mountainous State of Minas Gerais. Here I stayed at the house of Silvio Paintino, who is the leader of the Theravada/vipassana meditation group there. He had invited me there to lead a four day retreat for twenty persons. After two nights leading a few morning and evening sittings at his house we drove one and a half hours up to the small retreat center of, Antigo Mosteiro Serra Clara, located higher in the mountains for the retreat. The cooler weather high in the mountains was a welcome relief from the humid heat of Rio and Sao Paulo. This retreat center had been a former Catholic monastery but some years back fell on hard times and was sold to some lay persons who convertd it into a retreat center.
After the retreat Silvio drove me four hours to Belo Horizonte where I gave a Dhamma talk at a Yoga center and lead a weekend retreat for about 25 persons at yet another Catholic monastery. From Belo Horizonte I returned to Sao Paulo and stayed four days leading morning and evening meditations and talks at the Casa De Dharma. I capped off the whirlwind tour of Brasil with a weekend program in the Capital of Brasilia with  SociedadeVipassana de Meditacao (SVM). 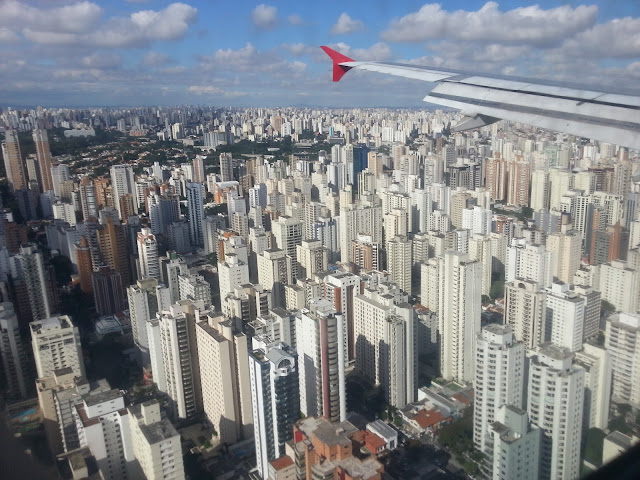 Landing in the Megalopolis of Sao Paulo

Photos from 9 day retreat at Vinhedo 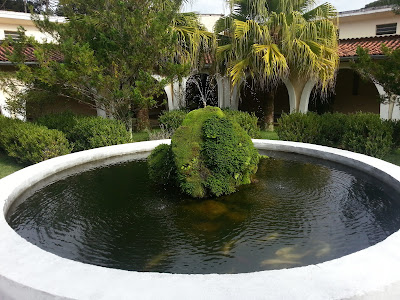 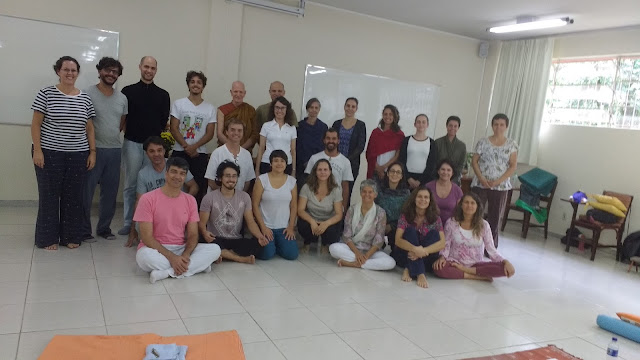 Group at retreat in Belo Horizonte
Posted by bhanterahula at 7:14 AM